Banco Finantia acted as financial advisor to Equistone Partners Europe in the acquisition of a majority stake in the Gardengate Group, one of the leading European players in the production of aluminum gates and doors, from Crest Capital Partners, which will maintain a minority stake alongside the Group CEO and founder and management team.


Founded in 1997, the Gardengate Group managed to achieve a prominent position on a European level, and in particular in France, amongst the main DIY players. The Group's rapid growth was based on its commitment to innovation, product quality, service excellence and the experience of the management team.

Equistone, in turn, will seek to support the Gardengate Group's growth strategy through its strong European network of local offices. This will involve expanding into new geographies and consolidating its activities in Belgium, Luxembourg, Germany and the United Kingdom, thorough the expansion and diversification of the product range as well as optimizing and enhancing the growth of their online presence.

Equistone will also support the process of optimizing and consolidating the Group's various operations with a view to increasing its production capacity and profitability. 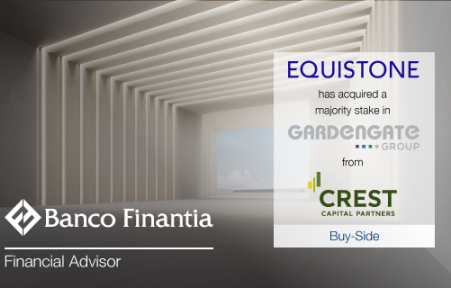