Banco Finantia present in the 30 years of Exame Magazine

As part of the celebration of the 30th anniversary of Exame Magazine, the "Special Anniversary Edition" was launched on June 27 at the Centro Cultural de Belém.


Like the publication, the Anniversary Conference also had the purpose of portraying the life of the magazine , the personalities that have marked the last 30 years and the Country. In addition to several panels of debate on various topics of today, the event featured an exhibition of covers that stood out most in this period.

Recalling the cover of the Exame magazine that he carried out 26 years ago, when he obtained the banking license and transformation of the former financial services company at Banco Finantia, Dr. António Guerreiro was represented at this exhibition.

Read the interview to Exame magazine, 26 years after it was published. 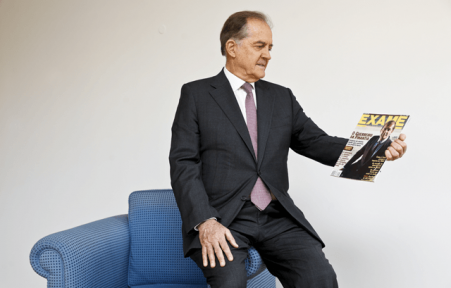