According to the Banker 2021 Rankings of the "Top 1000 World Banks", Banco Finantia is the Portuguese bank with highest “Financial Soundness” and “ROA” ratios among the largest 6 banks operating in Portugal included in that list.


The ranking of the Top 1000 world banks is based on financial data at 31 December 2020 and includes the 1000 largest bank holding companies based on tier 1 capital. The list does not include foreign-owned subsidiaries.

The study / ranking conducted by The Banker was based on objective criteria having been used several indicators such as “Strength”, “Financial Soundness” and “Performance”.

Founded in 1926, The Banker is the most important publication of the banking sector, with a wide distribution to more than 180 countries. 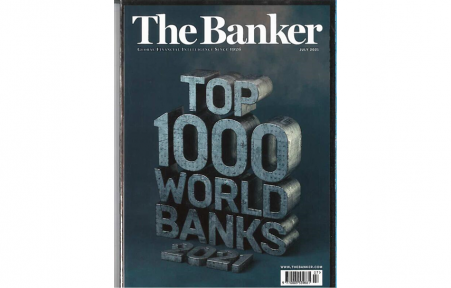